Locked Out: The Testimony Of Jerry Hensley

I was locked out of Heaven! I pulled and tugged on the gates but it was useless. I called out for help, but I was completely alone and overwhelmed with fear!

It has happened to me. I admit it. I have been locked out. More than once! I am guessing some of you have too.

One time I knew as I was shutting the car door; I tried to stop it from closing all in the same motion. I couldn’t reverse it. It was too late! There lay the keys on the car seat and all I could see was my frustrated reflection in the car window. I was locked out!

Another time my family and I went on a trip. One of our vehicles needed repaired so we dropped the car off at the mechanic’s shop while we were out of town. We rented a van for the trip. A few days later we returned home at 4AM, we sadly remembered that none of us had a house key. Tired and exhausted from traveling most of the night we realized that the house key was with the car key at the mechanic’s shop. I was locked out!

Locked out can be frustrating, aggravating and time consuming.

Thankfully neither incident was permanent. Eventually I was able to gain access to the car and the house.

But stay with me. Think about it. What if you were locked out and it was permanent?

Jerry Hensley knows what I am talking about. He was locked out of Heaven. 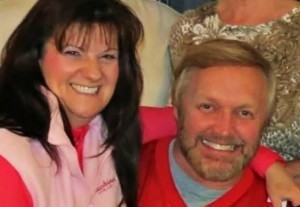 During a recent visit, I had a chance to talk with Jerry. He wants his story to be shared. This is his story.

All of us remember 9/11 2001… when tragedy struck American lives and American soil. The same year Jerry’s personal life was under fire; literally.

From an excerpt of his testimony Jerry said, “Slowly over time my wife (previous marriage) and I starting drifting apart, but we both tried to keep the family together. Then one afternoon as we packed for a trip, we received news that my wife’s sister had been murdered by a boyfriend.”

Jerry went on to say, “The loss of my wife’s sister widened the division between us and it was worse every day. Two months later she admittedly lost her love for me. She packed her things and left me.”

Husbands, wives, children, family and friends may leave us but aren’t you glad God never leaves us or forsakes us! Deuteronomy 31:6

Continuing, Jerry was convinced that there was nothing to live for.

On January 21, 2001 Jerry swallowed 250 tablets of Tylenol PM and 30 Ambiens. The overdose shocked his body as he passed into a 3 day coma. Doctors and family feared for the worse but his mom began praying and calling on the name of Jesus!

While I was listening to Jerry talk during our visit, I couldn’t help but think how God’s mercy endures forever. God will give you second chances! Psalm 136

Jerry continued, “I died!… I passed away! This wasn’t a dream. I was burning! I had never felt such pain! There wasn’t any part of me not consumed with fire. I was locked out of Heaven! I pulled and tugged on the gates but it was useless. I called out for help, but I was completely alone and overwhelmed with fear!”

The Bible speaks of a similar story and real life event. Luke 16:19-31

I encourage you to read this story

about the rich man and the beggar Lazarus. The rich man died and passed on to Hades. Lazarus died and passed on to Father Abraham’s side. The rich man turned beggar and pleaded with Father Abraham for water and to warn his brothers of this place of torment. ‘Father Abraham, have mercy on me, and send Lazarus to dip the end of his finger in water and cool my tongue, for I am in anguish in this flame… ‘Then I beg you, father, to send him to my father’s house for I have five brothers—so that he may warn them, lest they also come into this place of torment.’

No one has to be locked out of Heaven. No one… all of us have the key to Heaven’s gate… if you believe in Jesus.

I’m reminded of an old song. It goes like this:

God sent His son, they called Him, Jesus;
He came to love, heal and forgive;
He lived and died to buy my pardon,
An empty grave is there to prove my Savior lives!
Because He lives, I can face tomorrow,
Because He lives, all fear is gone;
Because I know He holds the future,
And life is worth the living,
Just because He lives!

While in the coma God spoke to Jerry.
Jerry said, “God spoke to me, not with audible words, but with a message that seized my heart and mind. “If you do not turn to Me, this will be your destination.”

After three days Jerry woke up in the hospital room. God had allowed him to return. By God’s mercy and a praying mom, Jerry was given a second chance to change his eternal destination! God also blessed Jerry in a new marriage to Dr. Lura-Beth Hensley.

… Today is the day of salvation. Tomorrow is not promised. If you are a Christian then continue and desire a closer relationship with Jesus. You can’t have too much of Him.

If you are unsaved then call on the name of the Lord right now. Don’t wait or put it off. His return is imminent!

Don’t be locked out of Heaven.
Consider praying right now and ask Jesus to forgive you all of your sins. Welcome Him into your heart. Allow Him to be the ruler of your flesh. He will rule with sweet love and tender mercies. God wants to welcome you home. He has a place just for you. You are that special!

John 1:12 But to all who did receive him, who believed in his name, he gave the right to become children of God,

By the grace and mercy of our Savior Jesus Christ you now have the keys to Heaven’s gate. You are no longer locked out!

If you would like to meet Jerry Hensley and learn more about his testimony then you may want to attend Christ Temple Church “Judgement  House”. This year’s theme is Jerry’s story.

Through a dramatic walk-through presentation, see firsthand how God gave Jerry a second chance.
Dates for Judgement House are October 25-30
Take this opportunity to invite unsaved family and friends. It’s the most important gift you can give. Sharing the love of Jesus! 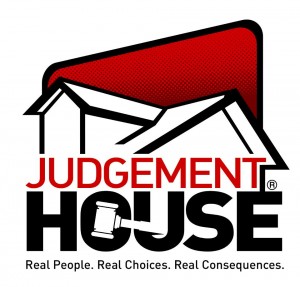