The Blood of Liberty

Try driving your car around town with an empty tank of gasoline. How far would you go?

It’s not a trick question.

The answer is you couldn’t start the car much less drive it.

You see, even with all the parts that make up the car, it will not start without gasoline. The engine, the battery and the key are useless. The car is held hostage without gasoline; there is no liberty in the car.

Think about this; try breathing without blood.

Even with all of the parts that make up the body, it will not breathe without blood. The brain, the heart and the lungs are useless. The body is held hostage without the blood; there is no liberty in the body.

Our blood is essential to our living. We must have blood as a car must have gasoline.

So then; why do men and women willingly spill out their own blood? The very blood they need to live and to survive; the same blood that grants their actuality.

Bloodshed is unsightly. Without question it is ugly and grotesque. Some faint at the sight of blood.

Even still, millions of Americans have willingly spilled out their own blood.

For many many years, Americans have lived in the greatest nation on the planet; The United States of America!  USA! 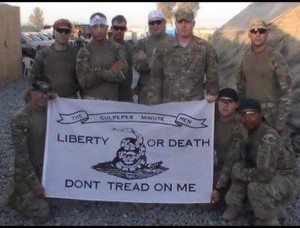 This reality prevails only because of the American Soldier’s blood; The Red, White and Blue Soldier. These men and women gave their blood so that you and I may have Liberty.

It is Liberty made in the USA by The Stars and Stripes Soldiers! Theirs is the blood of Liberty.

So why do they willingly spill out their own blood? So that you and I may have LIBERTY!!

You see, the blood of Liberty is and has always been at the expense of Americans. Without the bloodshed there would be no Liberty. Just like a car requires gasoline, America’s Liberty requires our Loved One’s blood… and they do it willingly. 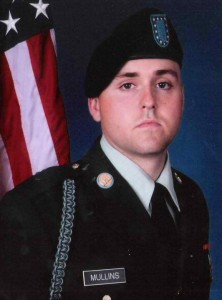 Brandon Mullins – US Army Hero
Gave His life for your Liberty

Every time a Soldier straps on his or her boots, they are saying “I willingly give all, even my blood”.

As Americans, we owe a tremendous amount of gratitude to our Veterans. Every day let’s show them the hospitality they deserve and treat them with the respect they have earned.

Our Liberty has been bought with their blood. It is mind boggling. I can’t say that I would do it because I haven’t done it. Would you do it? They did.

To all Soldiers and everyone who has served, we say to them “THANK YOU! THANK YOU!” Without them there would be no Liberty; The United States of America would not exist. It is because of them we have Liberty.

John 15:13 says, “There is no greater love than to lay down one’s life for one’s friends.”

It isn’t by chance that the Bible teaches this. After all, we have the perfect example in Jesus, The Son of God who gave His life; His blood.

This very day, you may also have spiritual Liberty; made possible only because of the blood of Jesus. He willingly spilled out onto the cross at Calvary.

The decision is up to you if you receive this Liberty.

How do you receive it? Just believe. Believe in Jesus. Trust Him. Live for Him. He made it simple. Give Him the key to your heart and He will provide the blood of Liberty!

The Lord is the Spirit; and where the Spirit of the Lord is, there is Liberty! (2 Corinthians 3:17)

I’m reminded of an old song. The words are… ‘God sent His Son, they called Him Jesus. He came to love, heal and forgive. He lived and died to buy my pardon (*MY LIBERTY), an empty grave is there to prove my Savior lives.’ 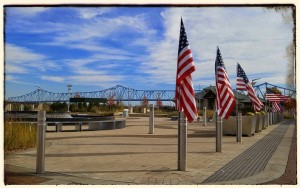 The Blood of Liberty… We have so much to be thankful for. You can live the life of Liberty because of the blood of Jesus.

We have Liberty only because of the blood… The Blood of Liberty!

Let’s run our race with endurance… Focusing on Jesus; The Champion of our Faith Run