For as long as I can remember, #September is the month I enjoy most. Not to take anything away from the other eleven months, September is a notch above the rest.

Why you may ask? Well, that’s easy.

The weather is great. September ushers in the early stages known as Indian Summer.

It’s still summer but as September unfolds there is a sense of change taking place; the shift to a new season.

September offers mostly great weather during the day and crystal clear skies during the night; peaceful and comfortable. 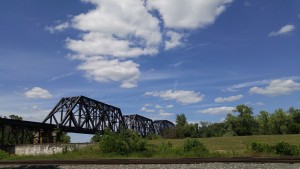 September is the month when the boys of summer pitch, hit and run to the season finale while the gridiron gang kickoffs a fresh beginning to a new season.

I mean, come on now, baseball and football in the same month?! #September is special.

September is also the gateway to the most celebrated holidays. Once we step through September, then suddenly Thanksgiving, Christmas and New Year planning begins.

To top it all off my wife celebrates her birthday in the month of September; my favorite time of the year. #September !!

What’s going on… Is there a September shift? Do you sense it too?

It may be time to admit something suspicious is in this 2015 September air. Truthfully, it is past time. 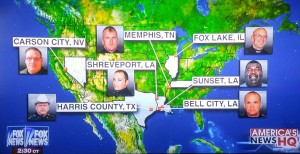 Seven Police Officers shot in the past month

The Police Departments across our country seemingly can no longer patrol the streets without fear of being shot in the back.

This generation, racism is at an all-time high. No longer do all lives matter…

Dead babies are washing up on Turkey’s seashore. Thousands in the Middle East are looking for a way of escape. Christians, women and children are killed daily and there is a major refugee crisis in Europe.

For the first time in United States history, a U.S. Citizen is sent to prison because on her religious belief. The irony here is it’s the same religious belief America was founded on.

The U.S. Government is readily seeking to approve the Iran Nuclear Deal even though most Americans are against it. Have you ever heard of making a deal with the devil? Well, this is it.

All of this is happening and September is only a week old. Can you feel the September shift?

Before September expires we can anticipate this…

For the first time, the Pope is scheduled to speak before the U.S. Congress and the United Nations. What will his message be? The Church should listen up.

Also, the last of the four blood moons coinciding with the year of Shemitah and Feast of Tabernacles. And Finally, September is the start of the Jubilee year.

Only time will tell what follows next.

So why am I picking on my favorite month September?

You can’t afford to wait till October … much less tomorrow. God said the “right time” is now. 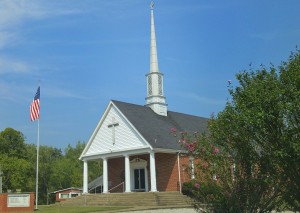 When is the last time you prayed?

I’m sorry but praying over lunch or dinner isn’t getting the job done.

When is the last time you prayed and it actually meant something?

Glenn Beck said “Prayer is worthless without action.” I understand his viewpoint but a better way of saying this is… “ACTION IS WORTHLESS WITHOUT PRAYER”

Prayer is your ultimate authority through Jesus, the Son of God.

Prayer is the most powerful weapon you maintain.

1 Timothy 2:1-4 says you should PRAY and intercede for ALL people and that your prayer is pleasing to God!

There is no denying this September shift. The harsh truth is without prayer and confession of sin, the world around you is going to Hell. What are you doing about it?

Undoubtedly, you know some who are unsaved and need Jesus… maybe your spouse, your children, your parents, your grandparents, your extended family, your best friends, your co-workers, your acquaintances – Are they worth praying for?

So, how about now? That’s the message God is sending. He says the “right time” is now. September is now. October may never come.

We can make America great again – not by a man or woman – but by doing the will of God with a foundation of prayer.

Yes, the news of September is somber. But let me remind you there is good news to share. We have the greatest news of all time.

Jesus said “Go into all the world and preach the Good News to everyone” (Mark 16:15)

The good news is Jesus came to save the world!

My friend, this includes you too.

Accept the Lord and give your life to Him then resist the devil and he will flee! Draw near to God and He will draw near to you! (James 4:7-8)