I think we're going to have strong indications of life beyond Earth within a decade...

Oh the good ole sci-fi alien movies. We all remember them. Classic movies like Aliens, Close Encounters of the Third Kind and E.T. the Extra-Terrestrial; plus newer versions of Star Wars and Star Trek.

They are fiction, right? Aren’t they?

Surely it’s Hollywood’s attempt at being creative while at the same time making enormous sums of money all at our expense.

Or is it? Could there be life beyond the stars?

Some say they believe in aliens from outer space… do you?

There have been thousands of reports claiming alien and UFO sightings.

Think about that… alien life in the next ten years? 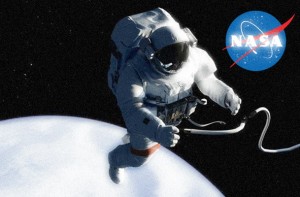 Former astronaut John Grunsfeld agreed. “I think we’re one generation away in our solar system, whether it’s on an icy moon or on Mars, and one generation on a planet around a nearby star,” Grunsfeld said

So maybe they’re not actually talking about the green little men with egg shaped heads. But still some form of life on another planet, incredible!

I believe NASA is on to something. Yes, I really do.

However, I also believe NASA is thousands, millions or in reality unbounded years behind the times.

Breaking news; of course there is life beyond the stars and not just basic life ingredients but real alien life.

How do I know?

Let’s look at 5 basic questions. Who are they? What are they doing? When did they arrive? Where do they live? How do they exist?

Now, tell me that’s not aliens!

Every day and every night without ceasing they say “Holy, holy, holy, is the Lord God Almighty, who was and is and is to come!” (Revelation 4:8)

3) When did they arrive?

They live in Heaven around the throne of God. (Revelation 4:6)

Halleluiah, worthy is the Lamb!

God is real and is worthy of our praise; The Creator of Heaven, Earth and Aliens.

There ya go… now you know.

There is alien life beyond the stars.

Someone should alert NASA!